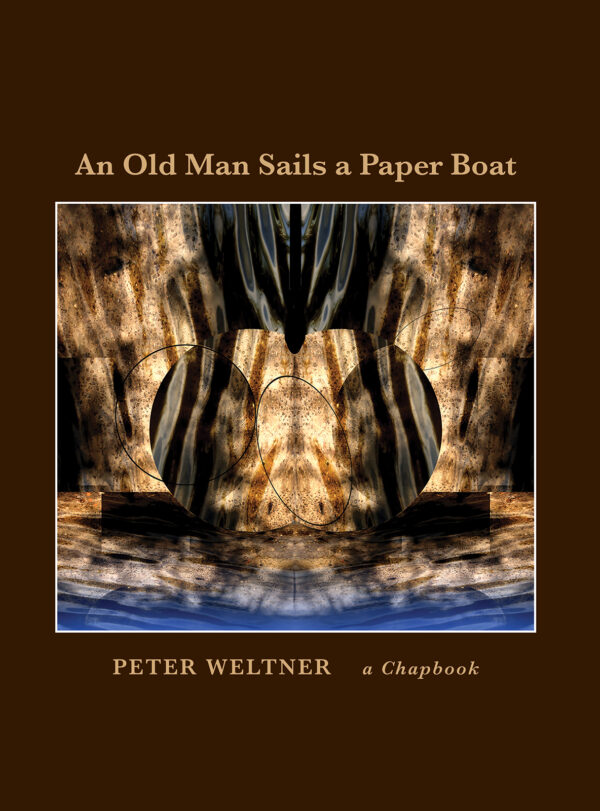 Snow is what his poems have come to mean, the surprising

so fast no harm is done to new leaves or early flowers.

Behind his cabin, looming high over a spruce forest,

he can see a craggy, ice-capped mountain peak

the sun ignites each dawn like a match being struck

on rock harsh winds blow quickly out.  There’s a streak

of stubbornness in the old.  Such cold is what his poetry

celebrates now he’s out of time and maybe luck,

was born, the nip of fall in all he has ever loved and lost,

the poems he’s chiseled as if from ice, the wintry world he understands

best, that crystalline, that light to his touch, like a late night frost

or morning sleet that to a small boy’s delight melts to nothing in his hands.

Peter Weltner, from An Old Man Sails a Paper Boat